In my previous post I detailed the more 'realistic' elements of an Elizabethan England setting. Now comes the decidedly 'unreal' in the form of:

This is, of course, largely useless to my players but I do enjoy inulding myself.

Gods, Deities, and other Powers

In a real-world setting where Christian sectarian strife plays a significant role in shaping events, is the God at the head of it all real? And if so what input does he have? These are less important than you might think given that I'm not planning on using the Cleric class in this setting, for a number of reasons:

That being said, it's fun to think about and a setting's cosmology provides inspiration for allies, monsters, powers, Faustian bargains and all sorts of weird things for players to dig into! So, does the Abarahamic God exist in this setting?

There's certainly a throne, and a Heaven, and angels, and a plan (or the remnants of one).

Metatron sits upon the throne, barely able to keep the firmament together as the kingdom of Heaven slowly crumbles around him. Such is the effort required to maintain the decaying edifice that he is able to narrate only snippets and fragments of the Almighty's cosmic plan (himself having only a limited perspective of it compared to the omniscience of his creator) to the choir of Seraphim that attend the throne and record the works of Heaven. As a result, the actions of angels make even less sense to mortals than they would with a fully functioning heavenly hierarchy. Confused mortal souls cower in the face of divine discord and it is not unknown for the angels to herd souls into the hall of the throne, never to be seen again.

The devils still inhabit the circles of Hell, both freed and imprisoned by the ancient pact with their creator. Satan reigns over the dukes of Hell but is not the same fallen angel cast out of Heaven by the host - Lucifer too has not been seen for many years. The title of Satan is claimed by the archdevils who fight internecine conflicts to claim the crown of Hell in an endless Miltonian struggle as none can truly kill the others. The souls of the damned are tormented and twisted to provide sustenance to the devils, though there are areas of Limbo that some are able to hide and persist in. The devils take great pleasure in rooting out these havens when they're not tempting mortals, planning an escape from their prison domain or organising a Black Crusade against Heaven.

Similarly, the adherents of the Hindu and Buddhist traditions find the cycle of rebirth unstable and souls achieving samsara are unable to free themselves, and unmentioned faiths would likewise find their divine hosts unsettled. Those old gods of faiths long extinguished and subsumed by the Abrahamic religions and others linger in the sidelines, bound by heavenly treaty but jealous and covetous of human souls. They may even be able to provide cryptic clues as to what malady has overtaken Heaven. Essentially the cosmological cycle of the world is fucked for reasons but the established faiths hold sway over the souls of mankind. The threat of Hell and damnation is very real, whether the Pope or other earthly ministries have any actual sway over that is less certain.

There are of course other Powers that will accept, if not necessarily care about or understand, worship - surviving nephilim, elder Elves, beings of the Veins of the Earth that were old when the Church was founded, particularly powerful and insane sorcerors, things from other realities etc. - but their abilities are decidedly limited. An elder Elf may be able to control a small pocket plane or affect the environmental conditions within a few square miles, and they certainly possess more knowledge than virtually any mortal, but they lack the reality-shaping powers of a true deity. I'll be writing more about this category later.

So if gods are maybe, kind of real, or were once at least, how does magic fit into it? Well gods might be real but the books written about them don't necessarily contain the truth, the whole truth and nothing but the truth. The influence of the Heavens on the world is strong but it is not the only influence.

Imagine a roiling sea upon which floats flotsam and jetsam. A being of sufficient energy in said sea can pull together enough materials to make their own small island - life might be easier on it but it takes constant maintenance to render it seaworthy. As a craft upon the ocean, so do the various 'dominions' float upon a sea of roiling aether - the base essence of reality. Some entities did so in the past to create the universe the world exists in - through ebbs and flows in power, reproduction and other unknowable methods the modern pantheons emerged as inheritors of their power. This aether quests for cracks in the realities it buoys and infiltrates the essence of chaos into them. Bubbles of the raw substrate of reality boil free for a time and like a mutagen their passing leaves traces on the worlds they flow through. When beings in the world manipulate and use this power it manifests as magic. It is rather risky to do so. Some creatures incorporate this power into their very being, becoming magical themselves.

A trained magician can harness and direct these flows of power into spells and rituals. Spells are your usual Vancian trigger-mechanisms - a coiled spring prepared through meditation and self-delusion that can be unwound with a word and a gesture. A ritual is a longer, more involved affair that draws on this power slowly but in much greater amounts - items can be infused with power or even greater effects can be unleashed, provided no-one interrupts. This is, of course, a strictly human way of doing things - human psychology and physiology require that that magic be shaped and formed in this manner. Other beings have different ways of doing things...

The power of this magic ebbs and flows depending on the aetheric currents - great calamities and epochal shifts have occurred as our universe shifts between raging currents and relatively still 'waters'.  In-game magic is at it's lower ebb - it's very uncommon, almost universally feared and outlawed, and while stories abound most people have little to no true experience of the supernatural.

Weird and wonderful creatures, and demihumans

There's a few general categories of supernatural creatures to consider given the above. This is a general overview of each, stats and mechanics will follow in a later post:

Angels, devils and other 'religious' entities

Angels are the servants of God and act as extensions of His will. Currently this involves implementing the fragments of the divine plan uttered by Metatron when he's not wholly focused on maintaining Heaven from the throne. As such their actions on Earth seem random and senseless, when they appear at all. See above for an example of what they look like - these aren't beautiful people with feathery wings but the servants of an eldritch intelligence far beyond the comprehension of humanity. Angels have the following common traits:

The idea here is that angels are terrifying servants of an incomprehensible eldritch abomination that can and will completely fuck up your day if you get on their bad side. They have a plan and you will not obstruct the plan. Admittedly they don't know what the plan involves, but that's beside the point.

Those angels who broke the compact and rebelled against their creator continue to rail against their imprisonment in the circles of Hell. Set to watch over the world and guide humanity, certain angels became enamoured with mankind and lived among them in human form, fathering children and neglecting their duties. In time they began to resent their creator and attempted to storm the gates of Heaven, leading to them being cast down into the pit of Hell and a Biblical scourge being enacted upon their descendants. In time their isolation led to hatred and envy of humanity (with some exceptions) - though the fallen angels were free from the constraints of Heaven they remained bound in a new prison, while their former wards continued on almost blissfully unaware. The First Satan, leader of the revolt against the Heavenly Host, set to work constructing the Brass City of Dis and soon Hell was reshaped in the eye of its new rulers. The souls condemned to Hell are used as tools and nourishment for the new devils, and the Circles of Hell were born.

Their time among mankind and the infusion of human soul-essence leaves the devils with a more comprehensible mindset compared to angels - they're not entirely alien creatures though their motives are hidden and their schemes span centuries. While they war and scheme against each other the primar motivation of a devil is to escape Hell and extend their dominion over creation. Devils share the following common traits:

Devils are slightly more accessbile in their thinking but desire to use humans for their own ends. The abilities here play into the 'chessmaster' style of devil who seeks to manipulate, dominate and control for their own ends. They are also still capable of flattening most mortals but are not as durable as angels.

Night creatures spawned from Hell's twisted souls to do the bidding of devils and those they contract with. The devils have grown exceedingly proficient at flensing and reconstituting the souls of mortals into forms more useful to them. The experience is quite agonising and few daemons are capable of thought beyond a slavering bloodlust. Those that retain their faculties are highly prized. Some brave and foolish mortal sorcerors who enter a pact with a devil may be granted use of daemons under the devil's control, some even more brave and foolish attempt to pilfer daemons for their own purposes without the security of a pact - a much riskier proposition. Daemons share the following common traits:

Daemons are a specific type of summoned entity. I love the Summon spell but I often find players are more reluctant to use it given what can go horribly wrong - this allows them a more control over the outcome (though I'll do a specific table for daemons to distinguish them from truly eldritch abominations that slither between realities) but also prods them into getting involved with literal Satan. I think that's a happy compromise.

Given that this post has gotten pretty long I think I'll leave it there for now and do the mythical beings, undead, folklore creatures and demihuman sections in a subsequent post.

In my previous post I detailed the more 'realistic' elements of an Elizabethan England setting. Now comes the decidedly 'unreal... 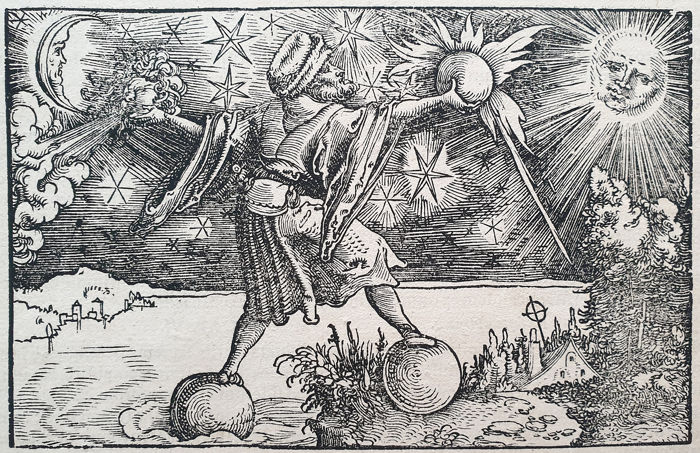